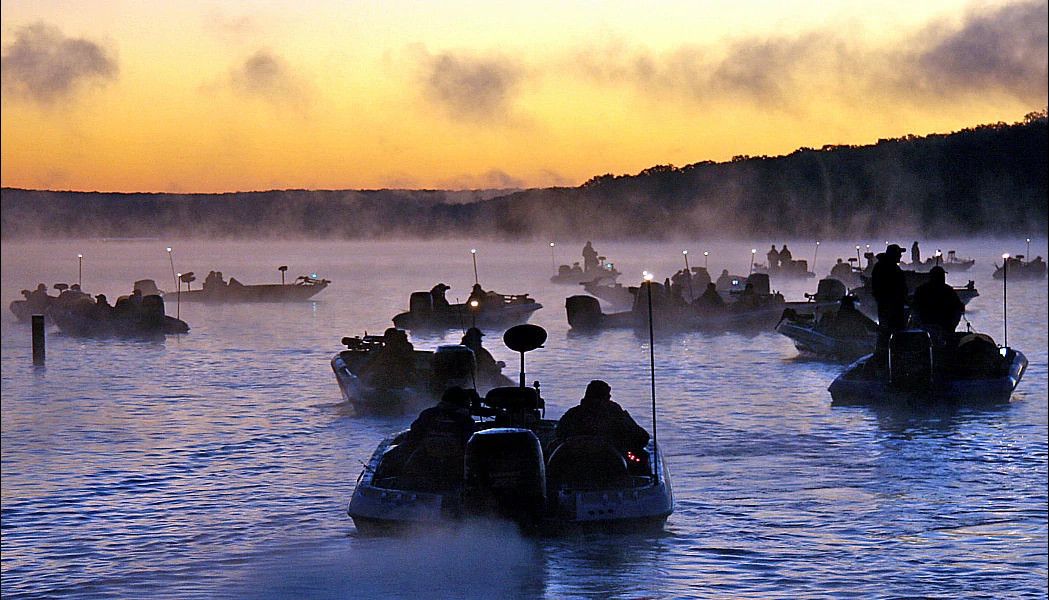 There are many benefits to switching to an immediate release, or catch-photo-release, tournament format. WIsconsin DNR Photo credit: Madtown Bass Club

WISCONSIN — With the start of fishing tournament season underway, the Wisconsin Department of Natural Resources is reminding tournament organizers that an immediate release method is also an option for their competitive fishing events.

According to a news release from the Wisconsin DNR, immediate release, more commonly known as catch-photo-release tournaments, consist of participants measuring and weighing their catch on their boats using bump boards and weigh scales, uploading a photo to a mobile app and immediately releasing the fish back into the water.

For the first time, the 2021 Sturgeon Bay Bass Tournament will feature a weigh-on-the-water format that will get fish photographed, weighed and back in the water in just a few minutes.

The Brecknell Scales being used are the exact scale and fish grip used by both the MLF and FLW tournaments. Scoring will be done using the FishDonkey app on your smart phone, according to Tournament Director Gary Nault on the tournament’s website.

The tournament runs May 7-8, 2021 and is based in Sawyer Park in Sturgeon Bay.

This method differs from the more traditional catch-hold-release tournament formats, where fish are transported in the angler’s possession to an onshore weigh-in location, and eventually released back into the water, but often not in the area where they were caught. This can cause problems for nest-guarding fish such as smallmouth bass, as predators can destroy unguarded nests.

This format can help to reduce controversies surrounding catch-hold-release methods and alleviate concerns about crowds gathering for these events during the COVID-19 pandemic. Immediate release tournaments can also benefit local fish populations by:

Both tournament organizers and participants support this type of tournament format. This year, one local tournament, the Sturgeon Bay Bass Tournament, is set to become one of the largest Wisconsin fishing tournaments to use the immediate release format.

“There was a lot of support from the community to use this format and we felt it was the right thing to do,” said Gary Nault, Sturgeon Bay Bass Tournament organizer. “It also saves a lot of work for tournament staff and money, which can be put back into the tournament to increase the prize money for anglers.”

“Not only are these tournament types better for the resource, but it also allows for greater competition among tournament participants because they aren’t limited by size or bag limits. Whether it be a one-pound fish or a 10-pound fish, every fish can be counted in an angler’s total weight,” said Joe Bevington, DNR Statewide Tournament Coordinator.

Most fishing tournaments are required to hold a tournament permit. For help implementing the immediate release method into your permitted tournament, please contact your county’s DNR fisheries biologist.

You can find a list of the 2021 permitted tournaments here.