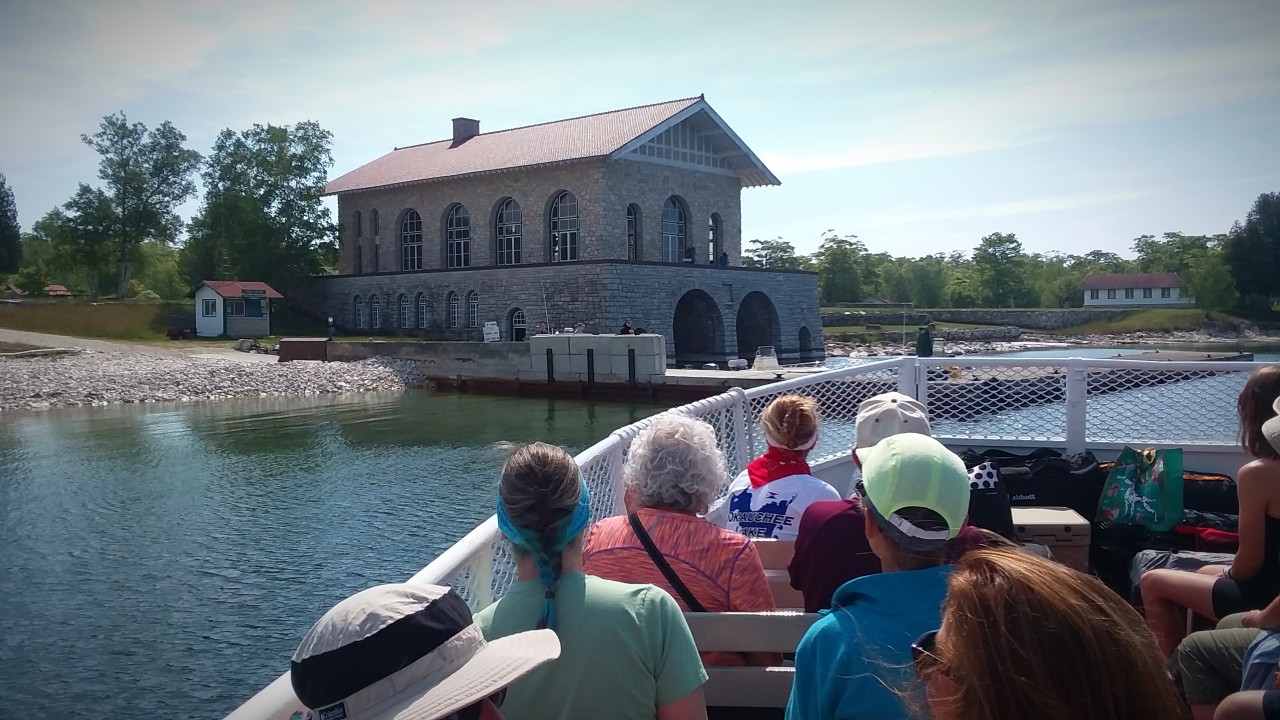 ROCK ISLAND — This remote island off the tip of Door County’s Washington Island has surprisingly more to take in during a day trip than many of Wisconsin’s larger and more well traveled state parks.

Accessible only by boat, the island is a haven for hikers and pack-in tent campers. It also features a historic lighthouse where visitors can climb up to the lamp house, as well as the majestic buildings left behind by Chicago inventor Chester H. Thordarson.

If you’re doing your first day trip, here’s what you need to know:

You can get tickets to both boats at the dock on Northport. Restrooms are available on the ferry or in the main building near the dock before boarding.

Canoes and Kayaks are popular around the island, but lake conditions can change rapidly, resulting in dangerous wind and waves, the DNR warns.

Visitors may take their boats to Rock Island, but caution is urged as Lake Michigan can be hazardous due to reefs and storms. There is a nightly fee of $1 per foot of boat length for all boats mooring on the dock overnight at Rock Island, according to the DNR. Dock space is limited and cannot be reserved.

What to bring for a day trip: Good shoes, sunglasses and a backpack with a snack and water.

Unfortunately, the island is not accessible for those who can’t easily walk. However, even a visit to the main boathouse at the Rock Island dock is worth the trip if you’re not interested in a hike. You can spend an hour or two learning about the history of the fabulous building and its creator.

Hiking and camping: The Pottawatomie Lighthouse is a 1.2 mile hike, slightly uphill, through the cool wooded forest of Rock Island. In the other direction, a half-mile walk past the camp ground area leads to one of the most beautiful beaches in Door County. The water is tested regularly for safety. Swimming is permitted anywhere along the coast except near the boat dock. Many people swim from the cobble shores near their campsites. Camping in information is HERE.

Here’s what you’ll learn on the island

Thordarson arrived from Iceland at age 5 in 1873 to the port of Milwaukee. He spent part of his youth in Dane and Shawano counties, and by 1904, Thordarson would be widely known by the electrical community as the first to build huge electrical transformers.

His inventions made him wealthy, and beginning in 1910, Thordarson bought all of Rock Island.

From 1927-’31, Thordarson hired Iceland stone cutters and craftsmen to construct the boathouse that greets visitors today as they arrive on the island.

Thordarson constructed a total of 14 buildings, a wall, hilltop garden gate known as the Deer Gate, which is preserved on the trail to the lighthouse, and lookout tower on Rock Island.

Icelandic artist Halldor Einarson worked from 1928-’31 in Chester’s library in Chicago carving the oak furniture and on Rock Island carving the runic and block letters above the huge fireplace in Viking Hall.

Read more about the history of Thordarson at the Friends of Rock Island website HERE.

A hike to the northern tip of Rock Island, past the historic Deer Gate, brings visitors to the historic Pottawatomie Lighthouse where volunteers lead tours daily from from 10 a.m. to 4 p.m.

The original lighthouse dates from 1836, before Wisconsin became a state, to guide ships around Door County without having to travel through the more dangerous Porte des Mortes, the Door of Death, between Washington Island and mainland Door County.

The 1836 structure was demolished in the late 1850s and the existing lighthouse was first lit in 1858.

Since 2004 the Friends of Rock Island has staffed the lighthouse for tours. Live-in volunteer docents provide the free guided tours, and the small gift shop sells items, so renovation and upkeep can continue.

The site remains a working Coast Guard station, and the current beacon now sits atop a steel structure next to the original lighthouse.