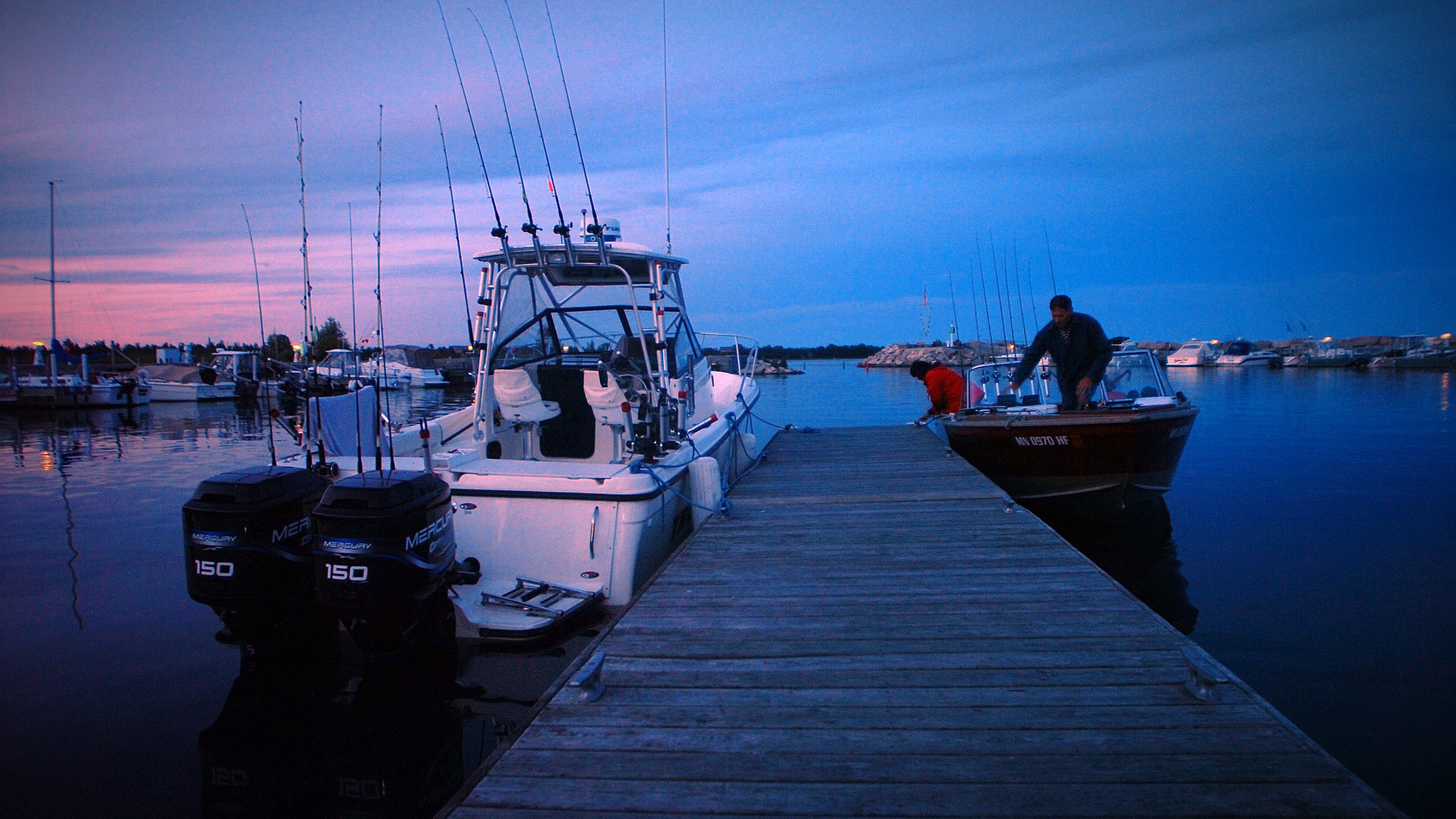 STURGEON BAY — The inland fishing season runs from May 1, to March 6 of next year, including most bass, northerns and walleye. The full list of season dates is HERE. All regulations and license requirements apply.

Anglers trolling in Door County and northern Lake Michigan also can expect to catch brown trout, and perhaps rainbow trout, which just finishing their spawning runs. Many of these trout have begun returning to the lake, according to the Wisconsin DNR.

Additionally, coho salmon are starting to make their annual northward migration along the Lake Michigan lakeshore. Shore anglers have reported catching coho by casting spoons off the piers, while boat anglers have caught them trolling with flies on dipsy divers.

Saturday is expected to be partly cloudy, with temperatures in the mid-40s to begin the day, heading up to a high in the mid-50s.

Based on early harvest reports, the DNR predicts anglers across the state will have a successful opening weekend.

In the central, western and northern parts of the state, walleye will be done spawning and have moved into shallower bays to feed. Anglers should expect to find them in slow currents or drop-offs and should fish for them using a jig and a minnow.

On the Winnebago System, walleye and northern pike will be in their pre-summer patterns in a little deeper water and prominent lake locations, but not as much as during the heat of summer.

Anglers should expect walleye to be next to shore structures in the vicinity of the major rivers. Inland waters on the eastern side of the state will be a little cooler, and the walleye and northern pike will likely be hanging around the shoreline-oriented habitat.

In southern Wisconsin, walleye and pike are finished spawning, but the southern lakes haven’t warmed up much past 55 degrees.

Cool water temperatures in Lake Superior have prolonged walleye spawning. The temperature should provide excellent walleye fishing along the Ashland County side of Chequamegon Bay, off the coal dock in Washburn County and in the St. Louis River. If you are fishing the southern portion of Lake Michigan, try fishing tributary rivers.

Bass anglers have reported modest catches during the new catch and release season, and both largemouth and smallmouth bass will be in their pre-spawning modes for the opener. Anglers will find largemouth bass in the same shallow bays as walleye, while smallmouths will be on rocky drop-offs adjacent to spawning sites.

If temperatures warm before the opener, this will be some of the best smallmouth action of the year.

Panfish anglers will find hungry bluegills and crappies in warm shallow water around trees and stumps preparing to spawn, though fishing may be slow with the cooler weather. Worms, waxies or small plastics fished under a bobber will work well for bluegills. Try using minnows under a bobber to catch crappies.

Good catches and a high abundance of trout have been reported during the early catch and release season despite clear waters. Trout streams are low, but trout fishing in the Driftless Area should be phenomenal.

Trout streams across the eastern part of the state look suitable for opening weekend as well, though they are lower than in years past. Expect clear waters unless it rains. Anglers should take a stealthy approach and expect trout to spook easily. Reports indicate trout anglers have had luck while trolling stick baits and spoons.

Anglers trolling in Door County and northern Lake Michigan can expect to catch brown trout, and perhaps rainbow trout, as they are just finishing their spawning runs. Many of these trout have begun returning to the lake.

Additionally, coho salmon are starting to make their annual northward migration along the Lake Michigan lakeshore. Shore anglers have reported catching coho by casting spoons off the piers, while boat anglers have caught them trolling with flies on dipsy divers.

This time of year, anglers fishing Lake Superior have the most success trolling stick baits high in the water column in shallow water. Coho salmon, brown trout, splake and lake trout can all be caught.

The DNR has stocked out spring catchable trout and those locations will be a hit opening weekend.

“No matter where you live or recreate in Wisconsin, there is a good fishing spot close by,” Hasz said. “Take some time, get outdoors and find your adventure fishing Wisconsin waters.”

“I hope everyone is as excited as I am for the 2021 fishing season,” said Justine Hasz, DNR Fisheries Management Bureau Director. “I have my rods ready and can’t wait to hit the water this coming Saturday. 2020 was a great year for anglers, and I expect 2021 to be even better.”

Many new and experienced anglers took part in the general fishing season opener last year amidst the pandemic. The DNR warns that boat launches will likely be crowded again this year and encourages anglers to maintain social distancing and wear a face covering when within 6-feet of other anglers.

As anglers head out to their favorite fishing locations, please remember:

Over the past year, DNR staff have worked hard to manage Wisconsin’s amazing fishery resources responsibly. The DNR’s efforts include maintaining and enhancing critical fish habitat, conducting fish population surveys, adding over 120 miles of classified trout waters and stocking out over 5.5 million fish into inland lakes and streams and both Great Lakes.

Contact your local fisheries biologist for more information or to find a launch or fishing location near you.

All Wisconsin residents and non-residents over the age of 16 are required to purchase a fishing license. Licenses can be purchased through the GoWild System or from a licensed vendor.

The DNR invites anglers buying their annual fishing license through GoWild to add a donation to the Cherish Wisconsin Outdoors Fund before completing their purchase.

Proceeds from the endowment fund established by the Wisconsin Legislature go toward protecting, restoring and improving habitat for plants and animals on the state’s 1.5 million acres of public lands, including fisheries areas like the Lawrence Creek Fish and Wildlife Area.

The fund is held and managed by the Natural Resources Foundation of Wisconsin, a public, nonprofit 501c3 organization. Donations can also be made on CherishWisconsin.org.