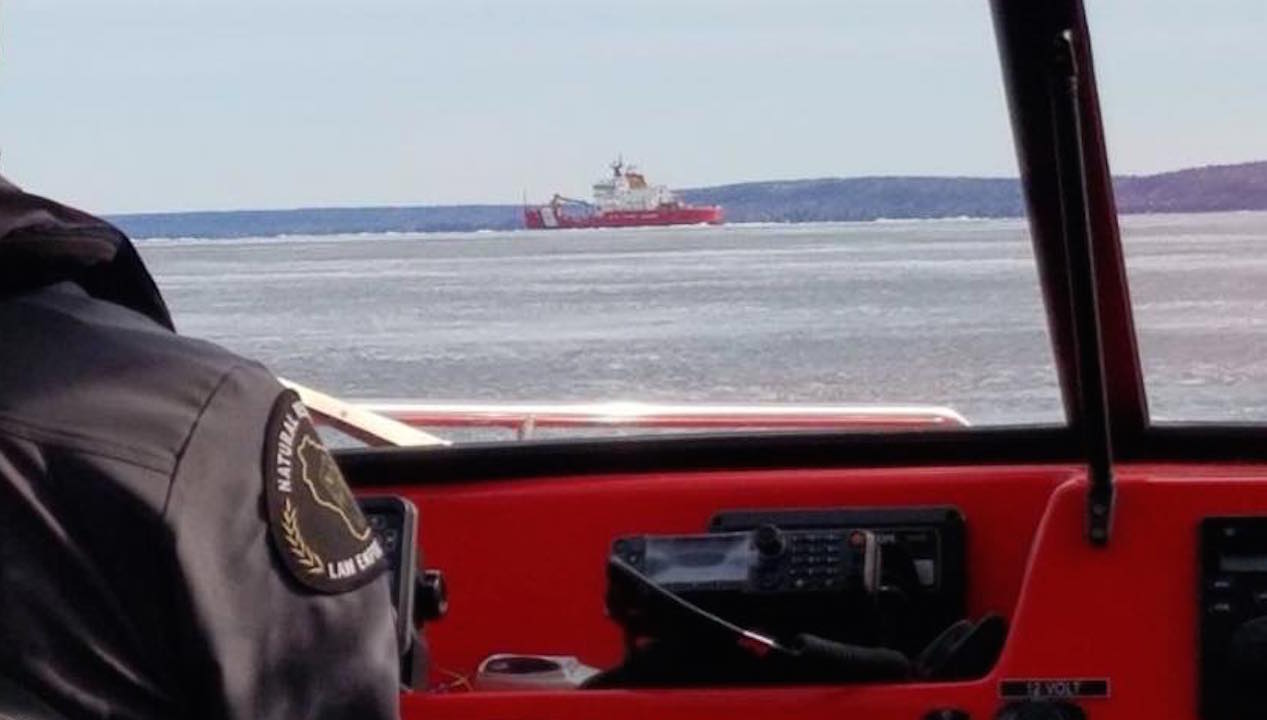 STURGEON BAY — For the second time in five weeks, ice fishers had to be rescued from a sheet of ice that had broken off and floated out into Green Bay.

Emily Carolan told Let’s Go Door County that when the group went out about 6:30 a.m. everything seemed fine, until they felt a gust and the ice they were on broke off.

She said the group floated about 3 miles before being rescued.

“It was a dumb moment on our part. We shouldn’t have been out on the ice,” said Carolan. “Anyone thinking about ice fishing — it’s over.”

About 15 people were stranded, along with two UTVs, according to Let’s Go Door County.

The ice breaker U.S. Coast Guard Mackinaw was in the area clearing the shipping lane for the spring and assisted in the rescue.

Cutters in Sturgeon Bay ship canal a sign of spring